Almere is a new town, foun­ded in 1977 on arti­fi­cial land. Right from the start, the town con­sidered itself not only an over­spill for nearby Amsterdam, but also a field for exper­i­ment­a­tion. In recent years, Almere focusses on the increased demand for indi­vidu­al­ity in hous­ing areas.

Homer­uskwartier is a self-build area, with an iconic urban design by OMA. Besides self-build houses for lower incomes, there’s also a tiny hous­ing build­ing expo. Neigh­bour­ing Plan Duin is a new-build area with houses scattered amongst arti­fi­cial dunes. Exper­i­ment­a­tion is taken to the next level in Oost­er­wold, a dis­trict based on an urban plan by MVRDV: here, res­id­ents even have to real­ise their own infra­struc­ture.
The city centre of Almere, based on a mas­ter­plan by OMA, stands in dir­ect con­trast to these low-rise devel­op­ments: it fea­tures a mix of shop­ping and hous­ing typlo­gies in a high-density setting.

Visit one of the fast­est grow­ing cit­ies in Europe with us, and find out about the cre­ation of new land, the birth of an arti­fi­cial city, the city as test­bed, col­lectiv­ity con­cepts and plan­ning processes. 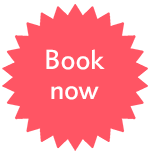 architour is a founding member of the Guiding Architects network

Utrechtsed­warsstraat 30B
1017 WG Amsterdam
The Netherlands

Your health is our top priority! Our tours take place in the open air, with 1,50 metre safety distance between participants and max. 15 participants per guide. A user-friendly and hygienic audioguide system is available and can be used with your own headphones.